To commemorate the 80th Anniversary of the Battle of Britain, the Slovak Ambassador to the UK, HE Ambassador Ľubomír Rehák and Defence Attaché Col Jan Goceliak made an informal visit to the National Battle of Britain Memorial at Capel le Ferne, Kent. 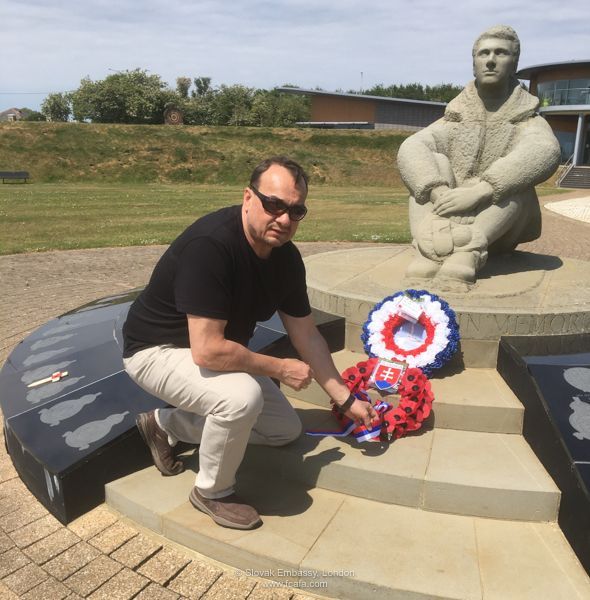 A wreath was laid on behalf of the Slovak Republic at the airman’s memorial.

A remebrance message from HE Ambassador Ľubomír Rehák.

By the Foxley-Norris Memorial Wall where the names of 2938 Allied airmen who fought in the Battle of Britain, are engraved. Eighty-eight of those airmen where Czechoslovaks, two of whom, Ján AMBRUŠ and Jozef KAŇA, were from the Slovakia region of the country.